Carjackers Cause Wreck in Atlanta 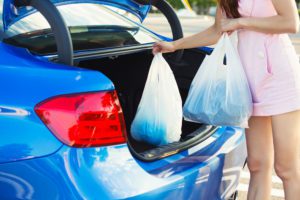 Fleeing from the police is never a good idea. Not only does it typically end up causing additional charges to be filed, but it poses the risk of causing an accident and injury to innocent people. This is exactly what happened on the streets of Atlanta recently.

According to reports released by the police department, a woman reported that she was unloading groceries from her car after a shopping trip. Four or five men approached her driveway and took her vehicle. There were no injuries reported in the initial incident. The suspects fled the scene in the stolen car.

As the men were driving, they struck another vehicle. Five men fled from the car, and police were able to catch one. Officers searched for a second person, using tracking dogs in an attempt to apprehend him. They were unsuccessful in locating the man. Police searched the car and found two firearms.

The one man who was apprehended was arrested and charged with hijacking a motor vehicle, armed robbery, aggravated assault, and possession of a firearm during commission of a felony. Police are asking that anyone with information regarding the incident contact the Atlanta Police Department.

If you have been involved in a car accident in Atlanta that was caused during the commission of a crime, you have rights. Reach out to our team of experienced car accident attorneys to discuss your case. We will talk to you about the laws that are applicable to your situation and help you determine whether you have the elements necessary for a successful personal injury lawsuit.