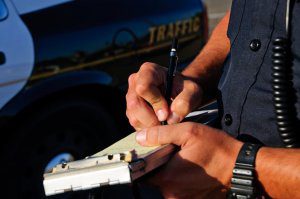 What if no motorist was issued a ticket in my car accident?

Drivers involved in car accidents can receive tickets for any traffic violations related to the accident. Tickets are mostly given when there is clear evidence or witness accounts of violations. Traffic tickets can be a major factor in determining whether or not a driver is at fault for the accident.

So, what if no motorist was issued a ticket in your car accident? If there was no ticket, you may have a harder time settling who is at fault for the accident and how much they are at fault for. You will look to Georgia’s comparative fault law, O.C.G.A. § 51-12-33, to decide how your case will be settled.

When an accident lacks an indicator of who is fully at fault, such as a traffic ticket, the fault of the accident is divided up between the involved parties through evidence, testimonies, and more. If you are 50% or more at fault for the accident, you will not be able to collect compensation for damages from the accident, according to Georgia’s comparative fault law.

Additionally, awarded damages are reduced based on the victim’s percentage of fault. For example, if the awarded party is 20% responsible for the accident, the settlement amount will be reduced by 20 percent.

Drivers involved in car accidents often receive traffic tickets. Some drivers get in trouble for suspected drinking, substance abuse, and more, which can lead to severe consequences and legal matters.

Some of the most common motorist tickets in car accidents include:

Tickets like these often are a deciding factor in figuring out who can collect damages after a car accident. However, tickets can be contested, which can change the case entirely if the person has their charge dropped or reduced.

How Car Accidents Are Settled in Georgia

Damages awarded will be based on insurance coverage (if settled outside of court), damages caused, and more.

After a car accident, all aspects of the accident will be investigated to determine what damages have occurred, who is at fault, and how the accident happened. There may be injuries and significant damage to one or more cars. One or more persons may need immediate medical attention, which will likely be coordinated by the police.

All parties involved and any witnesses will be interviewed, and the police will create a report about the accident. After the scene is settled, all parties are free to go.

Insurance providers will offer settlements based on how much fault each party carries. If a victim decides that the insurance settlement isn’t enough, the person can take legal action as long as they are not responsible for 50% or more of the accident. This will involve hiring a lawyer, filing a claim for damages, and resolving the case within the court system.

To collect damages in full, you must prove the negligence of the at-fault party. You may have a wide range of damages to recover that include:

A lawyer can prove the four elements of negligence, including breaching their duty of care and causing damages that resulted in actual loss or damage suffered.

If you’re ready to take legal action for significant damages from a car accident, Haug Law Group is ready to help you. We provide a free case evaluation where we reveal how we can help you win the compensation you are owed by law.

Don’t wait to get legal help with your car accident case. Schedule your free consultation by calling 1-844-428-4529 or sending our team a message now!