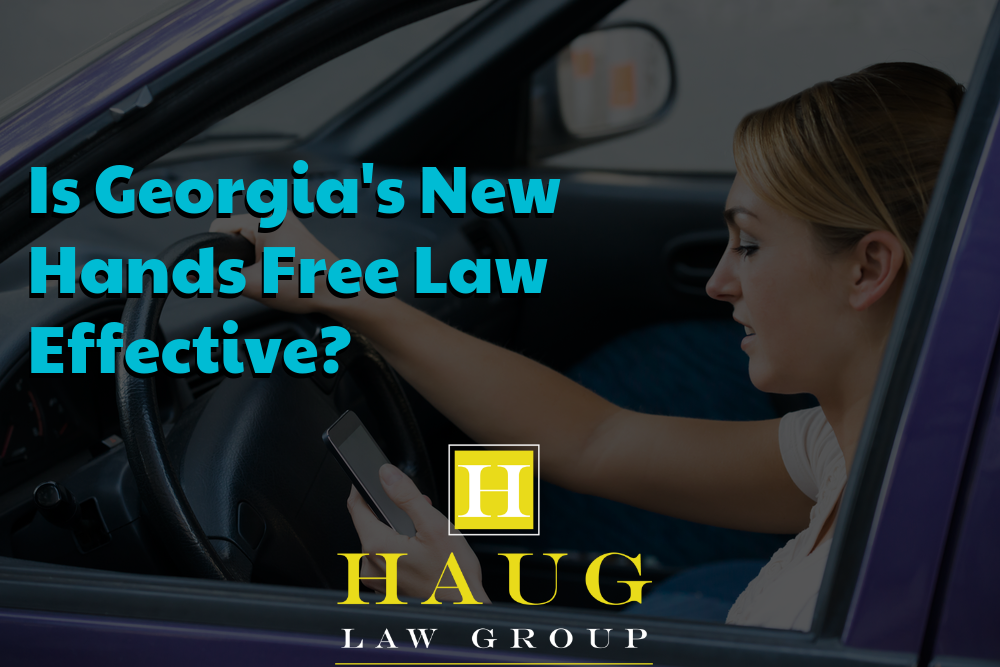 Georgians saw a new law take effect on July 1 of 2018: No cell phones while driving. There was a whole list of dos and don’ts included with the new law, alerting drivers to what they were permitted to do and what was to be avoided. According to a new survey, the law may not be having the effect that officials hoped.

The AAA conducted a survey of Georgia drivers early in August and found that 75 percent of those responding said they still see other drivers on their phone. 60 percent of these people said that they see other drivers texting behind the wheel. More than 1,100 people were surveyed by AAA, making the report just one indicator that drivers may not be adjusting to the new mandates as lawmakers had hoped.

Dubbed the Hands-Free Georgia Act, the lengthy list of rules took effect just as summer did this year. With the law, motorists are prohibited from holding or supporting their smartphone or other electronic device with any part of their body while they are driving. Hands-free devices can be used for navigation and calls.

The law was passed in an attempt to prevent distracted driving among the population because it is a problem known to cause accidents in Georgia and around the country.

One good bit of information that came from the survey was that about 98 percent of respondents were aware of the new law. Despite this, a representative of AAA said, “Mental distractions – anything that takes a driver’s mind off the task of driving – are just as dangerous as taking your eyes off the road or hands off the wheel.”

A study by the Insurance Information Institute found that people aged 16 to 24 are more likely to use a handheld device behind the wheel while those 70 and over are the least likely. If there is any positive news, it’s that the numbers across age groups are declining. Whether it is because of the development of hands-free technology or a heightened awareness of the dangers of cell phone use while driving is not known.

When a person is injured in an accident in Atlanta as the result of someone’s distracted driving, the victim has rights. If this has happened to you, reach out to your Georgia car accident lawyer for assistance. We will speak to you at no cost and advise you of your legal rights and options.

You and your family do not have to suffer financial difficulty due to someone’s poor decisions. Call our office today to schedule your free case evaluation and take the first steps to securing justice and alleviating the financial strain you are under.